The modular nature of URBANopt™ allows for freedom in developing and using only the parts relevant to your work. Keep in mind the following dependencies: 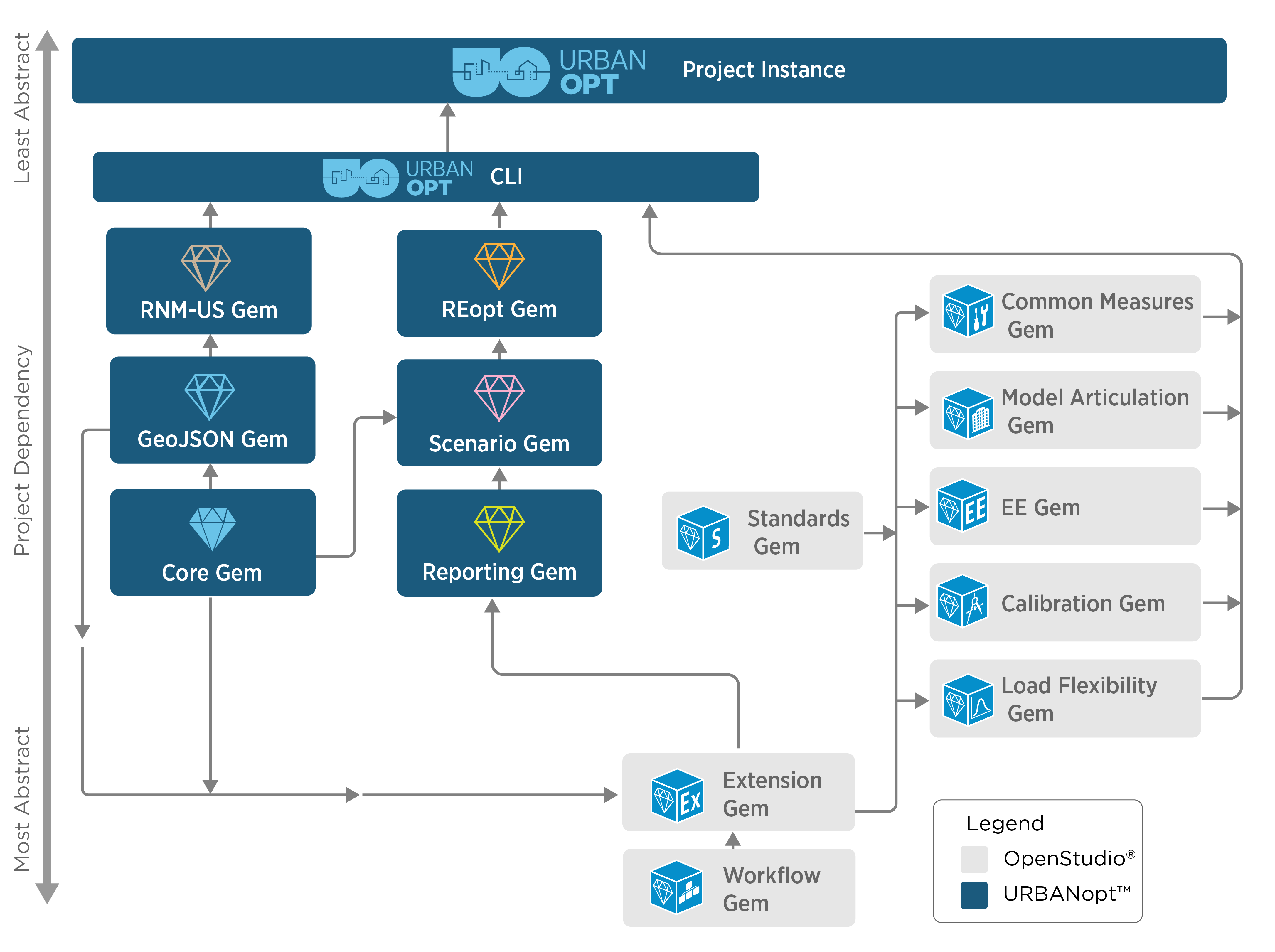 We recommend releasing gems in order from the base to most dependent. For each gem being improved, follow these steps:

The diagram below illustrates the OpenStudio and URBANopt release process. 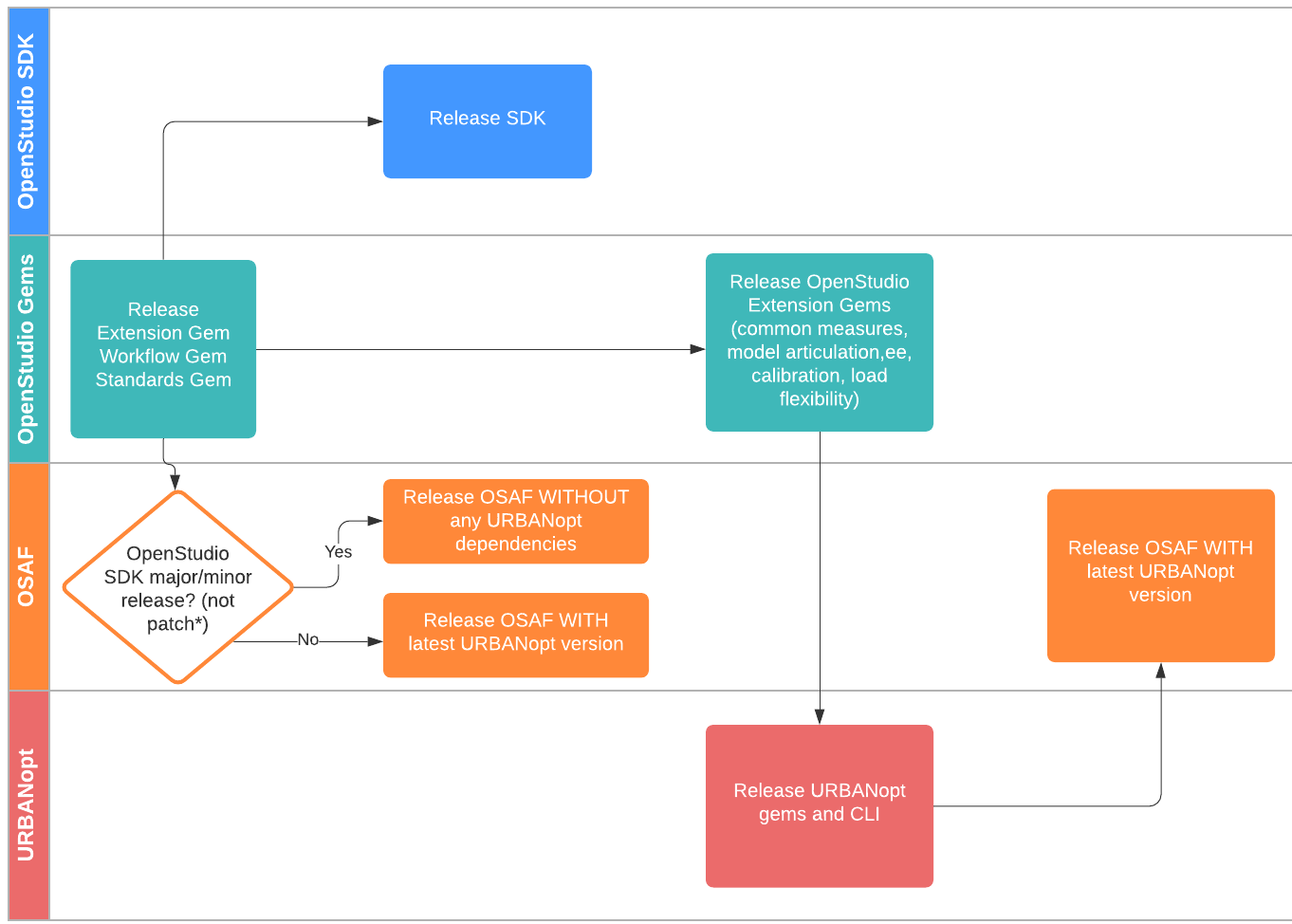