The URBANopt™ Scenario Post-Processor aggregates results from each Feature simulation. This process requires specific OpenStudio Reporting Measure be run for each Feature to generate required simulation reports (e.g. timeseries CSV data for specific outputs, specific metrics). Instructions for creating a new reporting measure to generate the Feature reports can be found in the Feature report section. These individual simulation results should be aligned with the final desired aggregated results. For example, if users decide to customize the reporting measure to report new results (e.g. number of occupants), additional methods should be developed to allow the Post-Processor to aggregate the results for the added attribues.

This default_post_processor aggregates Feature reports into Scenario-level results by leveraging methods of the default_reports file. This file includes classes that are developed in the Reporting Gem, default_reports folder. Each of these classes corresponds to a component in the default_reports schema. This schema describes all the main components of the default reports (reporting_period, program, constructon_cost, etc.) and their attributes. The Figure below describes the architecture of this Post-Processor and illustrates the class hierarchy and main methods which are leveraged by this Post-Processor to aggregate Feature reports into a Scenario report. However, advanced users should also refer to the Scenario and Reporting gem documentation, which includes the schema and Rdocs describing all methods and classes used to aggregate the properties of a Feature report. Users can edit these methods or add new methods that extend or customize the PostProcessor functionality(e.g. reporting and aggregating new properties of interest). 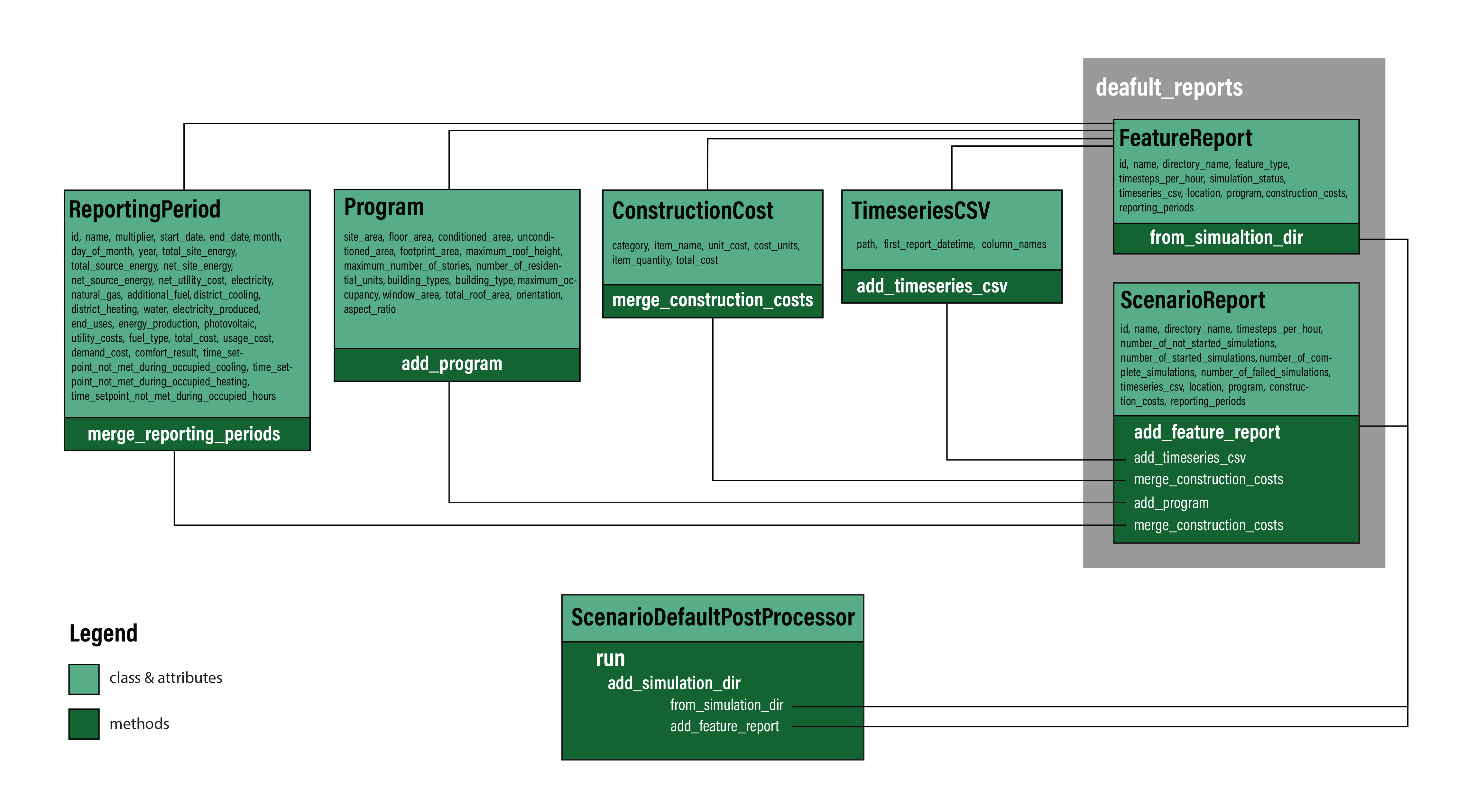 In parallel to the scenario gem, OpenDSS modules have been developed to run OpenDSS models and compute metrics of the electrical network. OpenDSS runs will generate a results directory named opendss within the project scenario run directory. This opendss directory will include output reports for each building, line and transformer, as well as other OpenDSS-related results.

The OpenDSSPostProcessor currently include the following methods:

Generating summary results and adding them to the reports: