OpenDSS simulates powerflow through an electrical network for steady-state loading conditions. The simulations can then be used to determine electrical infrastructure performance and potential shortcomings for different district design scenarios. 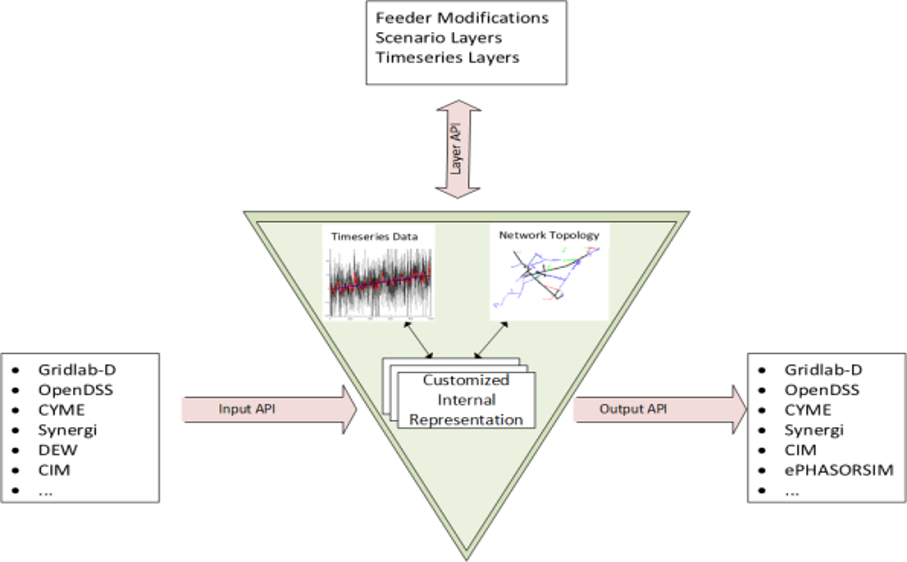 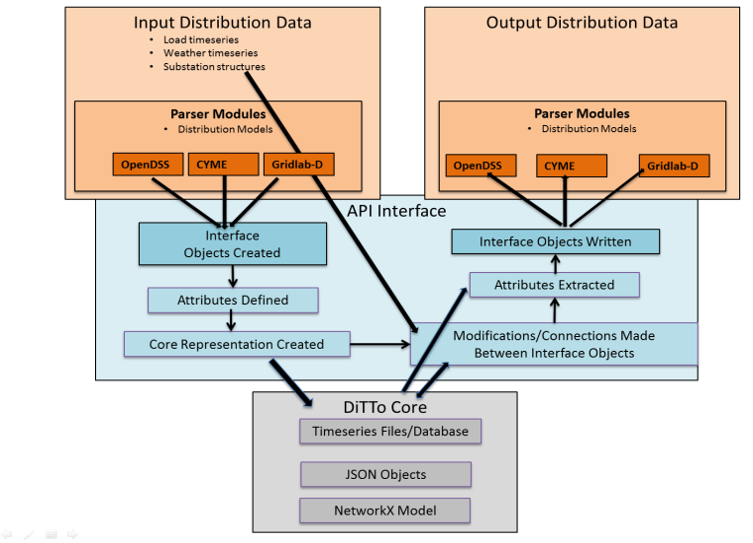 The DiTTo repository contains an OpenDSS reader and writer to import data from OpenDSS files into the API and to export data in the API to OpenDSS, respectively. However, customized readers and writers can be built to pass data formats that are currently not supported in the DiTTo repository. For URBANopt, geojson files are used to describe district-scale energy system layouts and timeseries csv files are used to describe building load and solar generation profiles. 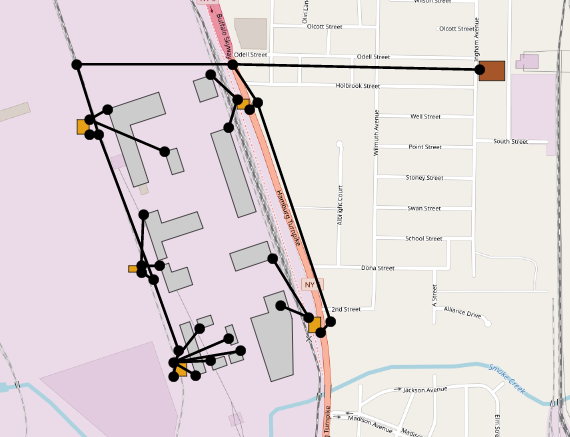 A config file may used as an input argument for the CLI and specifies the location of the timeseries load data, equipment file, where the OpenDSS output will be written to, the geojson input file, the location of the DiTTo repository, and whether REopt outputs will be used over the default URBANopt timeseries data. An example is shown below:

The conversion script is then run with

In the results folder there are folders for Transformers, Lines, and Features. Each of these folders contains a csv file titled by the equipment name for each respective equipment type in the network. Transformers and lines contain fields about loading and whether the device is overloaded. Features contain a field about the voltage and whether the device has an overvoltage or undervoltage. For instance the feature file: